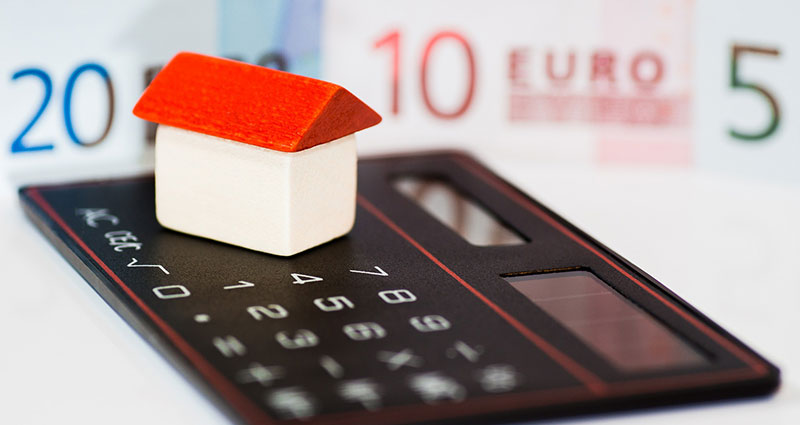 Let’s begin with a very important message for all Tenerife property owners who are not residents of either Spain in general or the island of Tenerife. Even if you are only using the property yourself for a few weeks out of the year, and then leaving it empty for the remainder of the time, according to Spanish law, you still are deemed to have rental income.

Although you might think that is extremely unfair, that is the reality of the situation. Renta imputada, or “deemed income” is therefore subject to non-resident income taxes.

Something Even More Unfair

No demands or reminders are sent out by the Spanish Tax Office for the tax payment. You are responsible to obtain the appropriate form (which is Modelo 210), get it filled out properly, and then pay the amount that is required.

Unpaid taxes can really add up for non-payment – along with increasing fines. You could get away with it for several years, but eventually they will end up catching up with you. They will definitely discover the tax arrears if you decide you want to sell your property.

At that point you will get hit with a highly exorbitant sum of money that you will be required to pay. Before transference of ownership is allowed the tax bill will need to be settled.

How The Tax Is Calculated

The tax is based on your property’s catastral value. That is the rateable value. Hopefully every year you will have paid your rates bills (discussed below), and the catastral value is displayed on the receipt when you get the payment. It will also state when it was revised last and for this calculation, that is important.

If it has been since 1994 that your property has been valued, then you will be required to pay a bit more of the value (2%). However, it is more likely that the property will have been valued more recently, and the percentage is 1.1 in that case.

The following is a sample calculation:

You can access the form here online and print it off and then fill it in. However, after you see the form, you might want to have a fiscal representative deal with it for you.

If You Are Renting It Out

If your property is earning an income for you with holiday lets, it is just taxed as income tax, which since has been 24.75% since the end of 2011 for non-residents.

Since the start of 2011, non-residents who earn an income from property in Tenerife are allowed to deduct such expenses as local rates, rubbish collection, water, and electricity from their payment. However, as a non-resident, you must get your certificate as a fiscal resident from the local tax office and the Modelo 210 form must be presented.

Referred to as Patrimonio, it is a tax on total assets. The rate of the tax was reduced to 0% by the Spanish Government from 2008 through September 2011, which effectively removed it as one of the factors of your tax expenses. However, it was not totally abolished, and it has now been put back up, at a rate of 0.2 to 2.5%, which depends on several different factors.

The percentage applies to things like savings and property, but only when total assets exceed a 700,000 euros value. Properties that are worth less than 300,000 euros are also exempt. So, although it has been reintroduced, sort of, you most likely won’t be affected by it.

Local rate payments, or IBI, is basically the same thing as the council tax in the UK. The payment similarly covers your community’s upkeep, things like public services and rubbish collection.

The local council sets the rates and certain factors are considered, like your property’s rateable value.

These payments are made on a yearly basis, and theoretically the council will send out reminders. However, in my personal experience, those reminders don’t ever get sent out, so you will need to do some investigating to find out when they are due. A penalty of 10 to 20% is incurred when you fail to pay it on time.

They definitely don’t make things easy on you.

When you sell a holiday apartment, despite being a non-resident of Tenerife, you will still be liable for paying the Capital Gains Tax.

Recently it increased from 19% up to 21% on the profits made from the property sale.